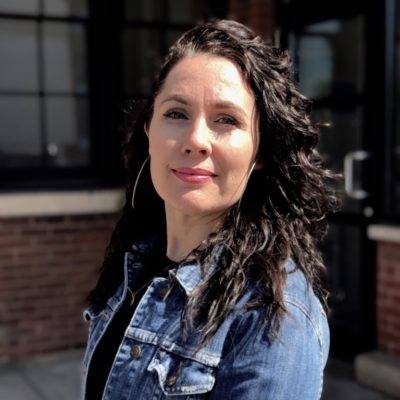 A few nights ago I was cozy in bed reading “The Story of God’s Love” by Sally Lloyd Jones (a stellar book) to my nine year old son. The story was Noah and the Ark. I was reading the story with my usual gusto when Nijel stopped me with tears in his eyes.

He said, “Mommy, if God destroyed the whole earth with a flood that means He killed children.” I saw his distraught face and I panicked. My first thought was, “Where is your seminary trained father right now for this existential thought!” (My natural response is usually to escape culpability and blame or deflect) I took a deep breath and thought for a second, “I don’t have to defend or explain God, I’m not his PR agent. … but how can I communicate God’s character to my nine year old son?”

I started with the facts.

“Well Nijel, Noah had been building this ark for a LONG time. Through the creating of this seismic sea vessel, Noah is God’s voice, “A storm is coming, get inside, you will be saved if you take shelter here.” No one listened, they just kept doing what they did before: wickedness. [“The earth was corrupt and filled with violence” Gen. 6:11]

I contrasted the depravity of Noah’s day with some of the tragedies his little brain is moderately familiar with through exposure to world events: poverty, sickness, murder, and war. I explained how Noah’s day was much worse, and that God’s earth was being destroyed by evil. I further explained that the people of Noah’s day didn’t care and weren’t at all interested in God’s gracious offer of salvation.

I felt like I laid it out in a way he could make sense of it – but then he said, “Mommy, I’m not talking about the adults, I’m talking about the kids. They didn’t choose to stay off the ark, they were just following their parents. What about the children?”

In that moment I realized I could not explain God’s sovereign judgement and mercy, the mystery of His gracious election, or how God is both infinite and transcendent to my young son.

I recognized then that I had gone about it all wrong.

I re-calibrated with the cross.

“Nijel, You know how you told me that when you read sometimes it’s blurry and it hurts your eyes?* And that you tried your friend’s glasses on and it was clear?”

(He nods because he really wants glasses!)

“The Bible is like that. We can’t understand God in all of His majesty and Holiness because He is God and we are human. He is Creator and we are the created. When we look at this story, parts of it are blurry – just like how you described your vision. God chose to reveal Himself to us most clearly through Jesus.” [1]

“We cannot see or know God fully, but He has shown us how He want us to know Him through Jesus and what Jesus did for us on the cross.”

I pointed to the open book pages and drew a cross with my fingers in the spine of the book. He looked at me like He knew what I was going to say from the invisible art. My heart swelled, and tears came to my own eyes.

The glasses we need to see the Bible clearly is the cross of Christ.

I told Nijel that God is love, and it’s hard to see His love in His judgement because our way of seeing things has been tainted by sin. I told him that to see God’s love most clearly, we look at Jesus. God loved us so much that He sent Him to die for us.

I asked Nijel a question that’s familiar in our house – “How much does God love you?” He smiled and stretched his arms out, mirroring Christ hanging on the cross, and said, “this much”.

“God’s strong anger against hate and sadness and death would come down once more – but not on his people or his world. No, God’s war bow was not pointing down at his people. It was pointing into the heart of heaven.”
~ Sally Lloyd Jones, The Story of God’ love

… and then Nijel asked me, “How do we know that God is real?” Ha! That’s another story for another time.

(Oh, and yes I’ve made him an appointment with an eye Dr.)

[1] Colossians 1:15 “He is the image of the invisible God, the firstborn of all creation.”